Mondays are hard. Yes, even for those of us in ministry. You may think that the day after Sunday must be a relief for church staff, but when your work is people and almost everything you do builds up to one set of events on one day of the week, you can’t just take a “day off” the next day. It’s impossible to stop your brain from processing everything that happened, rehashing everything that was said, deciding who you might need to follow up with, and – especially in this season – evaluating what you need to adjust or change for next week.

By the end of May, after weeks of upheaval and “What do we do now?” and “Well, that didn’t work so let’s try this” and “How could we be doing this better?”, Tim and I finally realized the only way to unwind was to force ourselves to get outside. Conveniently, the trails near our quarantine-home in NC reopened around the same time and we were able to plan a Monday-morning adventure!

At one point during our run along the Forney Creek trail in Great Smoky Mountains National Park, we stopped to take in the view of several small waterfalls tumbling through the dense green forest. The picture was probably beautiful, but I don’t remember it because rather than admire the scenery, we spent the whole time airing the grievances we had toward each other that had developed in the last 24 hours.

Back and forth we went, both of us trying to communicate our hurt and also defend our actions. “Well, you didn’t…” and “You shouldn’t expect…” and “I didn’t know…” and on and on and on. It didn’t feel like we got anywhere and as we resumed our run, I got even more mad at us: “Why did we just spend that whole time arguing and miss out on the view? What is wrong with us?! God, why can’t we get it together?”

I was only half-heartedly asking God that question, but don’t worry, He answered it. I felt Him very clearly say, “NO! You’ve got it all wrong! Yes, that view may have been beautiful, but the real beauty was found in the argument. The beauty is in the honesty. The beauty is in the communication, even when it’s hard. You are each a rushing river of wants and needs and you have to find a way to merge those streams together, even when it would be easier to veer off in another direction.”

A few minutes later we stopped again, this time agreeing to actually look at the view. We walked out onto a bridge and when we turned around, we saw this:

Proverbs 24:26 says, “An honest answer is like a kiss on the lips”. Kissing is a strange thing – especially in our current state of social distancing. Why do we put our mouths on other people’s cheeks or even stranger – their mouths? Is it biological instinct or just cultural practice passed down through generations?

However it started, by King Solomon’s time, a kiss on the lips was a gesture of respect. When Isaac gave his formal blessing to Esau in Genesis 27, he expected his son to ‘Come here…and kiss me’. 1 Samuel 10:1 describes Samuel anointing King Saul with a flask of oil and a kiss. Along with respect, the kiss communicated favor and closeness of relationship, as in Genesis 33:4 when “Esau ran to meet Jacob and embraced him; he threw his arms around his neck and kissed him”.

If an honest answer is like a “kiss on the lips,” then honesty communicates respect. When I am honest about my wants and needs as I speak with my husband, I am showing him that I respect him – that I regard him as worthy of hearing the truth. Respect means giving him the courtesy of plain communication rather than expecting him to pry it out of me or read into my nonverbal cues.

My honest answer also communicates my favor toward, or preference for, my husband. It’s super tempting to avoid the confrontation by complaining about him to others or to allow my grievances to simmer on medium-low because I’m afraid if I voice them I might hurt his feelings. In our vows we pledged to be honest, which seemed obvious and easy when we were 23 and 24 years old. But after almost 20 years of the same conversations, sometimes the thought of talking about it again seems pointless.

Relationships are complicated. All of them. Being an honest communicator while also receiving honest communication will always be hard. Honesty may look like a mess of water swirling and whirling, splashing and bubbling, gurgling and churgling, but that’s exactly what makes the view worth stopping for! 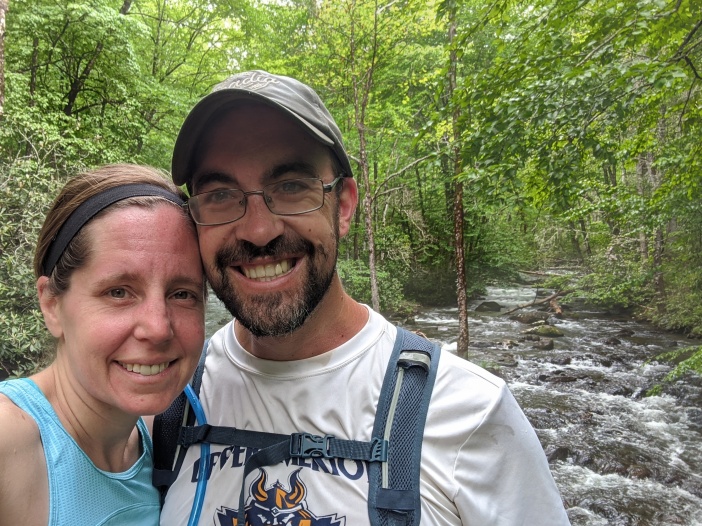