I love that you can be driving around the neighborhood, take a whiff, and be transported immediately into summer by the smell of a backyard grill.

The first application of sunscreen for elementary school “Fun Day” brings you right back to the beach.

And for us Desilets, the odor of gas fumes when that boat engine starts up for the first time takes us to our happy place!

My favorite summer smell, though, is the campfire. Those first few wafts of smoke that reach my nose instantly bring back memories of some of the best times of my life – childhood camping trips, my years working at summer camp, and most recently, our family camper adventures. When we light a fire in our backyard fire pit, I always open my bedroom window up above so that I can fall asleep to that smoky smell. 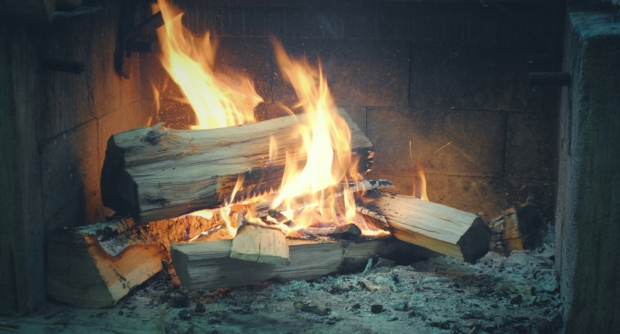 After surrendering his heart and his entire life to Christ, the apostle Paul spent the rest of his time on earth traveling and spreading the good news about Jesus. His influence was huge and, thankfully, we have many of his words recorded because of the letters he wrote to the churches he had started (or at least had some role in leading) while he was away from them.

In his second letter to the church at Corinth, Paul says this: “But thanks be to God, who in Christ always leads us in triumphal procession, and through us spreads the fragrance of the knowledge of him everywhere.” (2 Corinthians 2:14) The believers in this church were unhappy with Paul after his plans to visit them changed, so in this letter he took some time to defend his ministry and his choices. In this particular verse, he identifies the source of his decision-making – the leadership of Christ.

Deep within every single one of us as human beings is an innate desire to lead our own life. Even from a very young age, we believe our way is the best (or only) way! The other day, when it was almost 90 degrees outside, our four-year-old, Anna, came downstairs dressed for winter. When I suggested that she change, she very calmly replied: “Nope. I want to be my own person today.” (Watch out world!)

This is, of course, healthy – to a point – as we must learn how to be independent and make the hundreds of choices we will have to make every day as adults. But most of the time this desire to lead the way only leads to trouble. As an analytical thinker and passionate feeler, I always think my way is better – in fact I’m usually 110% sure that my way is better than anyone else’s way! Even those of us who claim we would rather “just be told what to do” don’t actually feel that way when it comes to important decisions in our own lives.

This poses a problem when we confess our belief in Christ and then attempt to ‘surrender’ our lives to Him. It’s easy to say “Your will be done,” but it’s much harder to actually live it. It may come natural to look to God for guidance when it comes to major life decisions, but when it comes those hundreds of daily choices, we’d much rather just do what makes sense to us – especially when asking God to lead might mean doing things that are hard, or, as in Paul’s situation, might make the people around us angry.

However, it’s in that surrender to His leadership that we, like Paul, are used by God to spread “the fragrance of the knowledge of him everywhere.” I don’t know about you, but when people get a ‘whiff’ of me, I want it to remind them of Christ. When my friends and family are around me, I want them to think of Him.

When Jesus said, “Let your light shine before others, so that they may see your good works and give glory to your Father who is in heaven,” (Matthew 5:16) He made it clear that our lifestyle and actions are the greatest way we can share the good news about Him! Most of us want to be the fragrance of Christ to the world around us – we want to give off the scent of Christ in the way we live our lives.

Unfortunately, many of us get caught in the trap of thinking that in order to attract people to Jesus, we need to put on a nice, happy face and try really hard to be a good, moral person. But it’s not a trying harder issue, it’s a leadership issue.

The essence of evangelism is a life lived under the leadership of Christ. It’s a life where you look to Him and His Word first in every choice – big or small. This will, of course, very likely lead to a more ‘moral’ life and you will have more joy – but that’s not the point.

Over the past couple of weeks, after several tragic losses of life in our church, I’ve seen incredible evidence of lives submitted to the leadership of Christ. I’ve seen the diffusion of His scent as broken people have lifted up their hands and declared their trust in God in a way that doesn’t make any worldly sense. When the watching eyes (and sniffing noses) of the world see that, there’s no way they don’t smell Christ.

So, as you enjoy the smells of early summer today, remember that you have the opportunity to be a ‘whiff’ of Christ to your world.