Christmas movies are the best. I love the nostalgic reminders of Christmases past and the warm, fuzzy feelings of holiday joy, but mostly I love the humor! From the family-gathering shenanigans of “National Lampoon’s Christmas Vacation” to the naivete of a human-sized “Elf” wandering around New York City, these movies take the “magic” of Christmas and turn it into “real life”.

One of my favorite Christmas movie scenes is when Scott Calvin, a middle-aged, career-minded dad inadvertently becomes Santa Claus and after a hectic night of delivering gifts and visiting the North Pole, wakes up believing it was all a bad dream. Several months later, still in denial of his new identity, Scott comes downstairs to find the front hallway of his house filled with hundreds of boxes containing “The List” which he is now responsible for “checking twice”. Before seeing this movie, we had all seen artistic renderings of Santa looking over his “naughty or nice” list, but none of us had thought of the sheer volume of paper such a list would call for! 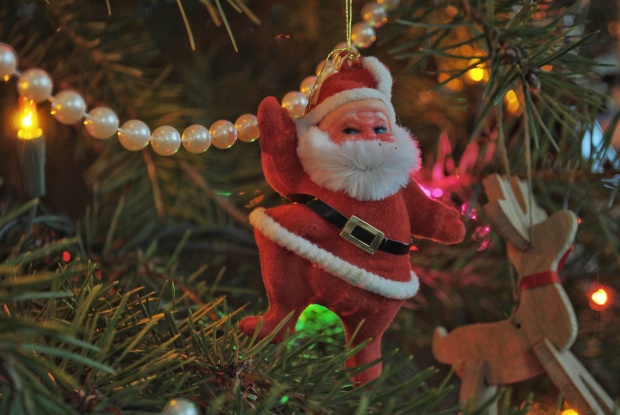 Originating with the story of a kind third century monk named Nicholas who used his inheritance to better the lives of those in need, “Santa Claus” has become a fixture of American Christmas tradition. Over the centuries, the jolly old man with the white beard has even gained supernatural powers like teleportation, manufacturing gifts out of thin air, and, of course, “know[ing] if you’ve been bad or good” (“so be good for goodness sake!”). As Santa’s popularity spread, the first two powers had to develop in order to answer the questions of inquisitive little minds and the third was the natural outcome of our human need for control.

As much as we are born with a desire to attain things for ourselves (which our six-year-old’s Christmas wish list is evidence of!), we are also born with a desire to contribute. Contributing makes us feel strong and independent. Contributing gives us a feeling that we can direct our destiny. More than just a parental ploy for some peace, our “naughty” and “nice” world perpetuates the belief that we are earners of favor. If we perform actions that enable us to label ourselves “nice,” we feel entitled to receive good “gifts” as a result.

When you read the angels’ announcement of Christ’s birth in Luke 2:14, you might, at first glance, think it fits nicely into this mentality: “Glory to God in the highest, and on earth peace among those with whom he is pleased!” Our natural inclination is to read into this that God is like Santa – giving this “peace” to those who’ve earned it by their “pleasing” acts of obedience.

Everything good thing I do is not something I’ve contributed, but rather something I’ve received. My “nice” is only the result of the steadfast love of God which has been gifted to me through Christ. The source of my obedience is not myself, it’s the work of His Spirit in and through me. It’s all received. 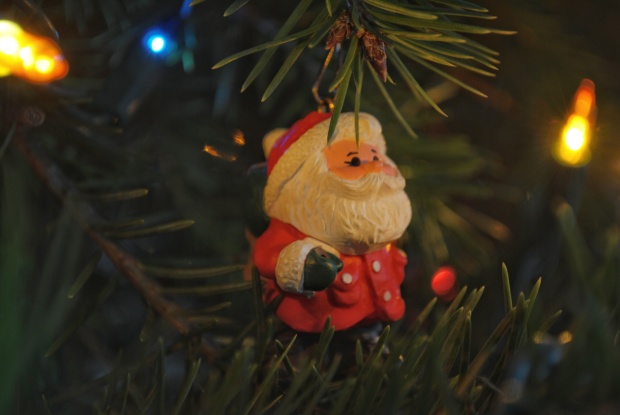 We’ve heard it said that “Christmas isn’t about getting, it’s about giving!” but I’m not sure that’s true. Christmas is about understanding how much we’ve received because God, in His steadfast love, came to earth. Christmas means “mercy in its fullest form” is ours, not because we deserve it, but because it is being offered. And the more we open our hearts and hands to simply receiving this love, the more we – and everyone we interact with – will benefit from it.