There’s one thing that makes the cold weeks of February bearable. It’s not the Super Bowl (even though WE WON THE SUPER BOWL! 💚🦅🎉💚 Fly Eagles Fly!). It’s not Tim’s birthday (although he may have gotten his favorite birthday present ever – see previous sentence). It’s not Punxsutawney Phil seeing or not seeing his shadow. It’s not even Valentine’s Day.

It’s Valentine’s Day at Dunkin’ Donuts. There’s something about a heart-shaped donut filled with vanilla buttercream, Bavarian cream, or brownie batter that makes your troubles melt away. Whoever invented the idea of leaving empty space in a pastry so it could be filled with all that good stuff was a genius! 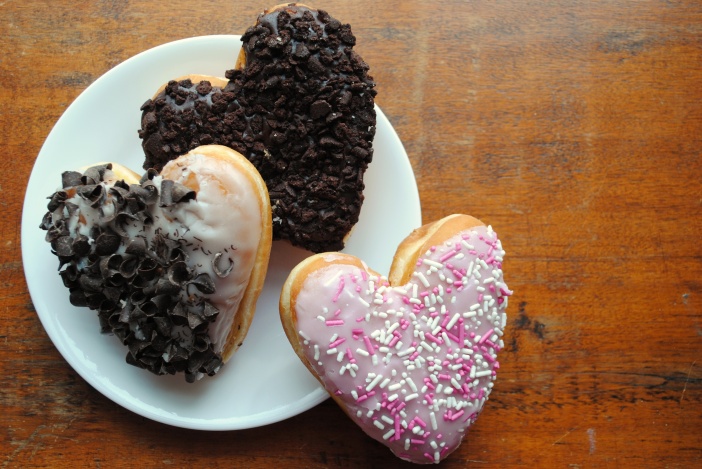 Long before donuts were created, Adam and Eve knew something about the good stuff. In the Garden they lived a full life, knowing nothing but wholeness in their relationship with God. They lived in total openness, completely bare before Him. They experienced full satisfaction and didn’t know the meaning of “need”.

But then one day someone convinced them they were missing something:

The serpent was the shrewdest of all the wild animals the Lord God had made. One day he asked the woman, “Did God really say you must not eat the fruit from any of the trees in the garden?”

“You won’t die!” the serpent replied to the woman. “God knows that your eyes will be opened as soon as you eat it, and you will be like God, knowing both good and evil.”

The woman was convinced. She saw that the tree was beautiful and its fruit looked delicious, and she wanted the wisdom it would give her. So she took some of the fruit and ate it. Then she gave some to her husband, who was with her, and he ate it, too. At that moment their eyes were opened, and they suddenly felt shame at their nakedness. So they sewed fig leaves together to cover themselves. (Genesis 3:1-7 NLT)

As she listened to the serpent’s words, Eve for the first time experienced “lack”. There was wisdom she didn’t have and without it she wasn’t complete. And in his shrewdness, the evil one not only made her aware of the hole, he also made her aware of an alternative way it could be filled.

In the end, though, this “filling” only created a much larger hole as Adam and Eve were now aware of the gap between themselves and God. In one moment, openness turned to hidden and whole became empty.

But when Jesus came, He came to make “life to the full” possible again (John 10:10). He lived, died, and rose again so that the Holy Spirit could come and “fill our hearts with his love” (Romans 5:5). He made it possible for the empty space in our souls to be filled “with all joy and peace” and even “overflow with hope” (Romans 15:13).

Our enemy hasn’t changed his tactic – he still loves to point out our holes. He knows he can’t take anything away from us, but he can make us aware of the areas where we lack. He can make sure we know we’re not enough by lining up our weaknesses next to other people’s strengths. And one quick browse through social media can be all it takes remind us that our hearts aren’t as “full” as everyone else’s seem to be.

But it turns out the holes are on purpose. God allows us to be incomplete so He can complete us – and the filling is the best part! Every area where we see a lack is a place where God can come in and fill us with more of the good stuff of Himself. 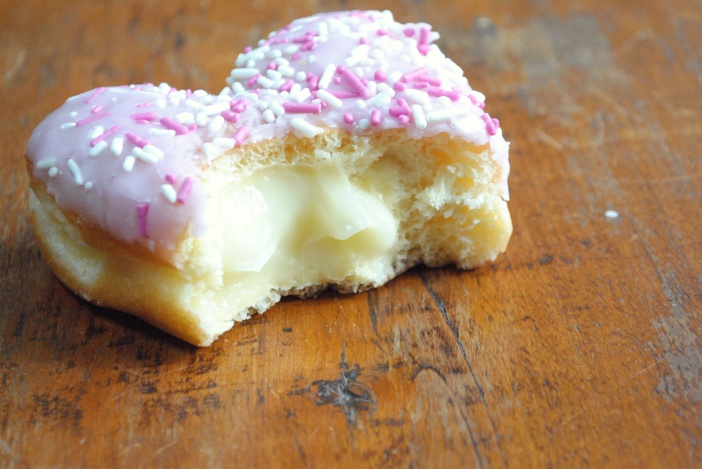 One of my biggest dreams is to be able to share the curriculum I write for our youth with a greater audience – I work so hard on this stuff and surely someone out there could benefit from it! But last week I made the mistake of following a social-media-profile-trail of published youth curriculum writers. With every click I became painfully aware of another “I’m not…” – not smart enough, not ‘hip’ enough, not young enough – which eventually turned into “Why would anyone ever want to hear from me?”

It took me a couple days to snap out of my funk, but what did it was remembering that all that lack is just more opportunity for the Holy Spirit to do His thing (if that’s what He chooses to do). If I was “all that,” there would be no room for Him to do His own work – and isn’t that the point?

If you’ve given your life to Christ, then the presence of the Holy Spirit, richer than the richest Bavarian cream the world has to offer, is available to you. So every time you’re made aware of a lack, take it as an opportunity to ask Him to fill you with more of the good stuff!

What’s a hole or lack in your life that the Holy Spirit has been able to fill?
Leave a comment below!