The first snowflakes of winter are always a welcome sight. We rush to the window and smile as we watch them coat the ground with their soft blanket of white!

And then March happens. And you’ve had three Nor’Easters this month alone. And it just keeps snowing. And rather than seeing beauty in those flakes, you see the disruption in plans, the inconvenience of extra chores, and another school ‘snow day’? Really?

We are SO over it!

A few storms ago, I looked out the window and saw this: 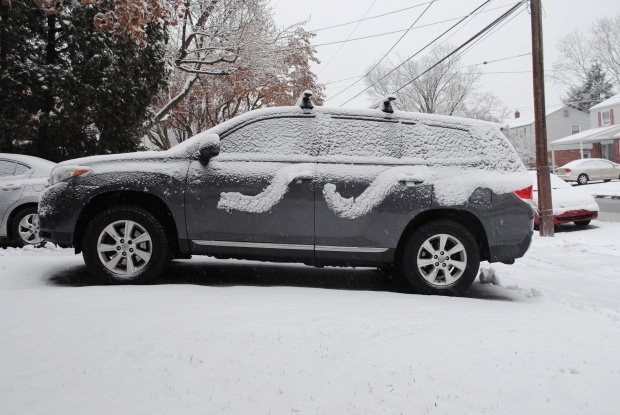 One of the fascinating things about snow is that its bright white color and fluffy texture have the ability to evenly coat a surface and then reveal patterns on that surface we may not have otherwise noticed. I thought our car doors were flat, but apparently they have more shape than I realized!

One of the fascinating things about Jesus is that He also has a way of revealing patterns in our lives we don’t know exist until He coats them with His presence. The deep-seated tendencies, intentions, and aches of our hearts and minds become more pronounced when He invades our space.

As Jesus made His way into Jerusalem, He was welcomed as a king: “A very large crowd spread their cloaks on the road, while others cut branches from the trees and spread them on the road. The crowds that went ahead of him and those that followed shouted,
‘Hosanna to the Son of David!’
‘Blessed is he who comes in the name of the Lord!’
‘Hosanna in the highest heaven!’” (Matthew 21:8-9)

But popular opinion is a powerful thing and a few days later, these crowds had changed their tone and joined with the religious leaders to demand that Jesus be crucified as a criminal. They were awaiting a rescuing Messiah, but this temple-tantruming (21:12-16), sinner-loving (21:28-32), religious-authority-condemning (23:1-36) man didn’t even seem to be on their side. And not only that, the victory He would supposedly bring was nowhere in sight as He allowed Himself to be arrested (26:47-56) and responded with silence to charges issued against Him (26:63).

This Sunday, our pastor George asked us to write down on a ‘palm leaf’ a false expectation we’ve had of God or a way we’ve felt let down by Him. Like most people, I have lots of “Why?” questions about things like illness, loss, injustice, and unfair circumstances. But if I had to come up with something specific to my life right now, it would be my frustration with the process of change.

Why does life seem to be an endless early spring? After colliding with a crisis point, we are motivated to change and even fueled to change by the power of God’s Spirit at work in us. Good things seem to be happening, but time passes and you look back and realize it’s all faded to ‘blah’ again. You feel like you’ve finally overcome a struggle, but it just slowly works its way back in another form. You thought you forgave, but bitterness and fear are still hanging around. We have moments of glory and seasons of improvement, but then, “Oh look, it’s snowing! Again.”

I really believe that if Jesus wanted to, He could transform our hearts immediately – the way He turned water to wine. If it was in His plan, the Spirit could make transformation happen within our expected time frame. But instead He allows another snowfall (and another, and another…) to reveal our patterns to us. Maybe the dramatic breakthroughs and results-oriented change we have our sights set on doesn’t happen because becoming aware of our patterns is more important. 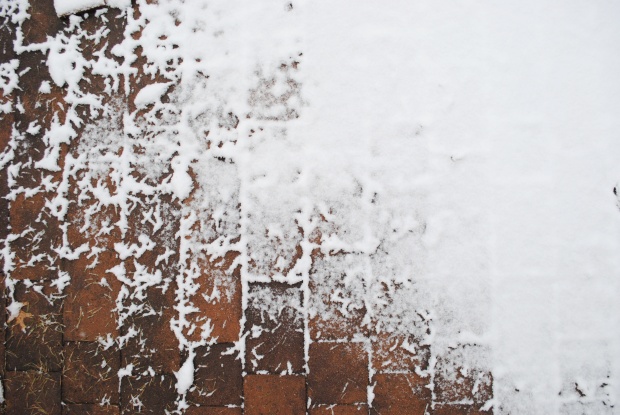 This winter is certainly revealing patterns of impatience and grumbling in me. It’s a Sunday afternoon near the end of March and I should be outside hiking with my kids or taking them to a playground, but not today – because it’s snowing again! These better be the last flakes of the season!

The repeated ‘snowfalls’ and ‘endless early springs’ God has allowed in my life have revealed a maze of walls I didn’t know existed in my heart. I’m so glad He chooses to be thorough rather than efficient and I’m so glad He hasn’t lived up to my expectations!