Walking into a real running shoe store for the first time was scary. For the five or so years I’ve been running on a regular basis, I’ve stuck with Amazon purchases of the cheapest shoes my favorite brand makes because they worked fine. But with two half-marathon length trail races in my near future, it was time to upgrade.

After referring to my current shoes as “dinosaurs” (I may have been slightly offended), the salesman offered me several options for new shoes. As I tried them on and jogged around the store, it came to my attention that I may have been missing out on something all these years.

I was almost convinced, but still not sure I was ready to pay triple the price for one pair of shoes!

The salesman worked his magic, though, and explained that my base-model shoes are designed for “moderate exercise” but lacked the advancements in technology for “performance running”. Yes, my old shoes worked for me, but they weren’t working for me the way a performance shoe could.

And he was right. After taking a deep breath and completing the sale, I couldn’t wait to go for a run and put this “new technology” to the test. As I ran, I noticed that I couldn’t help but run at race-pace. Something about these shoes was propelling me forward and adding a bounce to my step. It wasn’t even possible for me to default into the drudging-along, dragging-my-feet patterns I normally fall into! 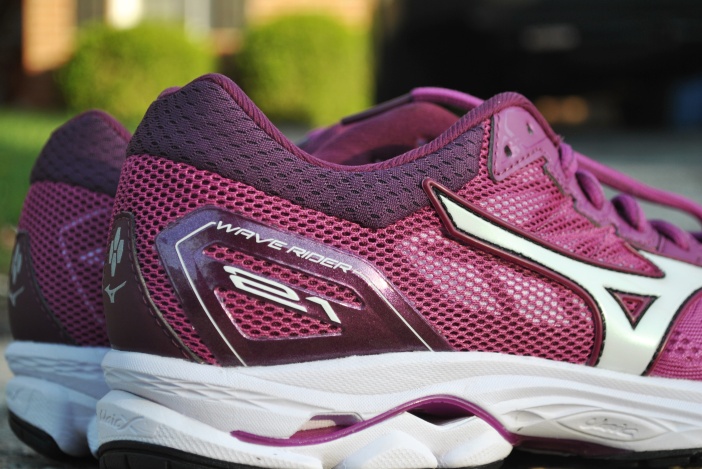 In his letter to the church at Philippi, the apostle Paul gives us a glimpse into his past and the transformation that happened in his heart and mind. A former Pharisee and zealous law follower, Paul spent his time finding ways to grow his own righteous reputation. During that time, Paul depended on his own flesh to work for him, but after meeting Christ, he moved all his stock over into something that worked much better:

“But whatever were gains to me I now consider loss for the sake of Christ. What is more, I consider everything a loss because of the surpassing worth of knowing Christ Jesus my Lord, for whose sake I have lost all things. I consider them garbage, that I may gain Christ and be found in him, not having a righteousness of my own that comes from the law, but that which is through faith in Christ—the righteousness that comes from God on the basis of faith.” (Philippians 3:7-9)

I’ve been reading these verses for years, but I never realized that in them Paul was using business terminology. A loss, in this case, is “a mercantile term” for a “bad deal” or “unsuccessful business transaction”. It’s opposite, a “gain,” is another “mercantile term” for “exchanging one good for another,” or in other words, “trading up”. Paul had worked hard to gain a “righteousness of [his] own,” but had now “traded up” for something better.*

Though he had banked on the fact that his own righteous actions were working, they were, in fact, “garbage” or “what is good-for-nothing except to be discarded”. He thought he was gaining knowledge of God and it may have appeared to others that he knew God well, but his self-focused efforts were “good-for-nothing” and were not leading him into the intimate and personal relationship with God he desired.*

Depending on my own righteousness might feel like it’s working for me, but it’s not working for me. When I accepted Christ into my life, I “traded up” from my own “good-for-nothing” attempts at pleasing God to being pleasing to God without any attempts at all – I traded self-righteousness for the righteousness of Jesus in me. And this “new technology” – Christ in me – actually works! With my sin forgiven, I become a living temple of the Holy Spirit and His life becomes a part of my everyday. When I don’t have to waste my effort in good-for-nothing attempts to prove myself or impress God, I can pour that energy into understanding His character and ways. His righteousness in me has the ability to propel me toward truly “knowing” Him.*

In our many years of youth ministry, one of our greatest challenges has been helping students learn that following Christ is not about their own goodness, positive actions, or changed behavior. Some are raised in religious traditions that emphasize outward acts and they can’t seem to see faith in any other way. Some are raised in families with a high moral conscience or were just born naturally “positive,” rule-abiding people. Some have been rescued by Jesus from their wayward ways, but the focus seems to stick on them and the changes they’ve made in their lives.

It’s hard to give up your old shoes, especially when the old shoes seem to be working. And unfortunately, when a student sees following Jesus as a way to become a better person, live a more positive life, or improve their reputation, it’s almost a guarantee that they’ll walk away in college – because eventually self-righteousness stops working for them.

It’s not just them, though, I do it too! It amazes me how quickly I “trade down” and become self-focused in my obedience, drudging along and dragging my feet, forgetting that I don’t have to wear those shoes anymore! Obedience doesn’t have to be a burden – I don’t have to follow a list of steps to prove my worth or beat myself up when I fail. I’ve got new technology and I use it every time I worship Jesus and thank Him for His righteousness working in me!