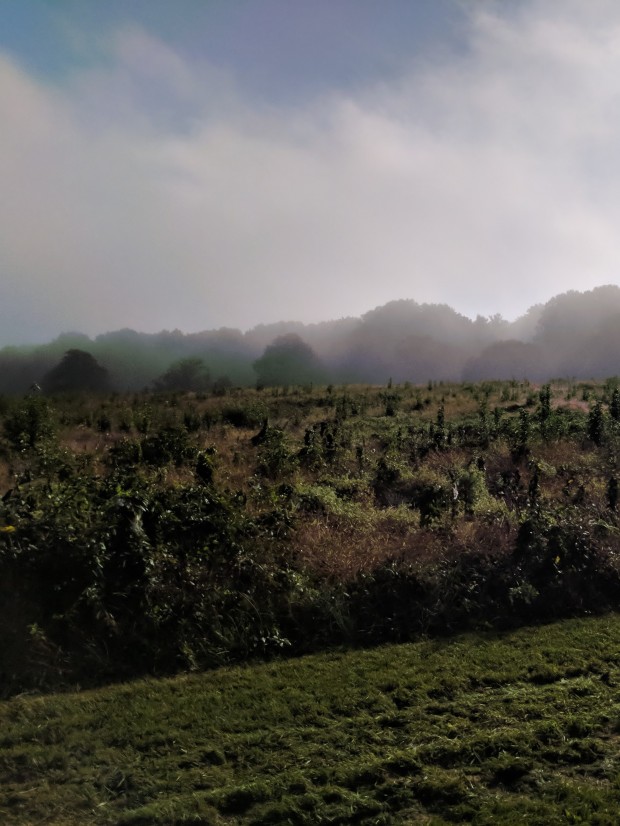 A foggy mist hung over Valley Forge park last Thursday morning as I pulled in and got ready for my run. Thankful for the cooler temperatures and shade, I set off on the Valley Creek Trail.

Though I was running by myself on an empty trail, I soon realized I was not alone. That foggy mist I was telling you about had revealed to me that I was in the company of hundreds of spiders! Yikes! All along the sides of the trail, in bushes and in trees, condensation had collected on webs and made what was not normally visible to the average passer-by apparent to the naked eye. I’ve been on this trail many, many times, but I had no idea I had so many *friends* joining me!

One of my favorite stories from the Bible is the story of Naomi and Ruth. During a time of famine, Naomi, along with her husband and two sons, moved from Bethlehem to a foreign region to find food. Though they found what they were looking for and remained there for several years, Naomi’s husband and sons all died, leaving her alone.

A widow in that time had little chance of surviving on her own, so Naomi decided to return to her home land and her own people, hoping to find a support system there. Though her sons had been married and her daughters-in-law offered to come with her, Naomi knew they had no obligation to be her support. Their chances were much better if they went back home and remarried, so even when they offered to come with her, she insisted that they not.

And though Orpah gave in and “kissed her mother-in-law” goodbye, Ruth “clung to her” (Ruth 1:14). Seeing Ruth’s determination to stay, Naomi “said no more” (v. 18) and the two set off for Bethlehem. This unexpected show of support from Ruth during a foggy time not only encouraged Naomi, but led her to discover that her web of support was even greater than that. Back in Bethlehem, a kinsman-redeemer was revealed who married Ruth, committed to care for her and Naomi, and provided an heir for their family.

In our busy, busy, always-on-the-run world, it’s easy to feel alone. But our God, who has promised to provide for us, is working a web of support – it just might not be visible until we’re in the foggy mist. 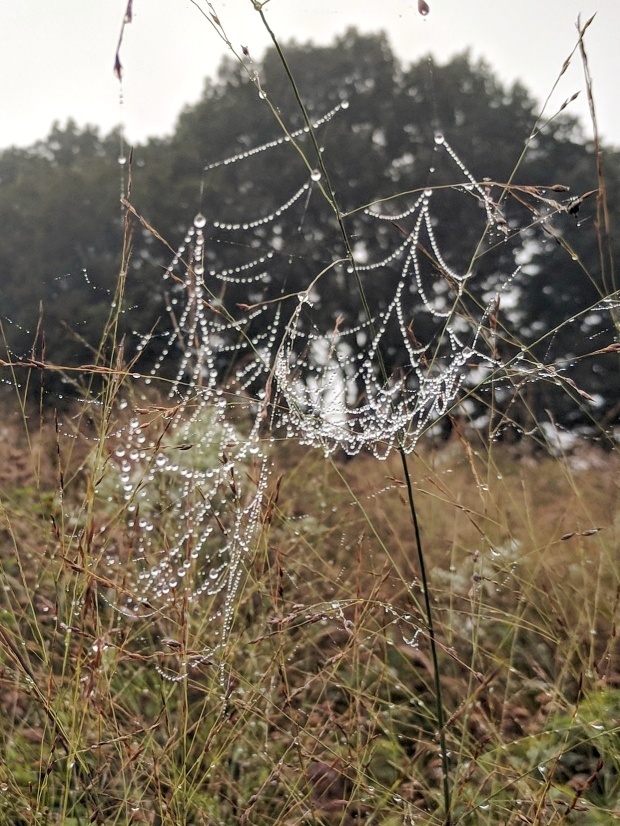 This summer, while returning to Tim’s family cabin after a beautiful hike in northern Vermont, a car pulled out of a driveway without stopping and drove straight into our car. Thankfully, no one was hurt, but our car was not able to make the return trip home. Naively trusting the other driver would follow through on his promise to get in touch with us about his insurance and assuming that his insurance would cover our rental, we kept the rental for a full week after we got home, racking up a $1000 bill.

Unfortunately, this promise remains unfulfilled and, in hindsight, we see our mistake. We didn’t call the police on site and left the scene of the accident without even getting the driver’s full name, let alone his insurance information. And we’ve been learning all of this as the beginning of the year sports team fees and several other large expenses were due.

But last week I received an email from the director of our swim team informing us that an anonymous donor had covered all three of the girls’ team fees for the season. That’s $835. And though I’ve already cried every time I’ve told the story, I’m tearing up again writing this. It’s been a foggy time, but we can see now that our web of support is bigger than we realized!

Thank you, whoever you are, for supporting our family in this way. You have no idea how much it means and how loved we feel. And thank you to everyone who gives to Hope Community Church – you have no obligation to give, but your generosity makes it possible for us to put our full-time into ministry without having to work other jobs. Thank you to everyone who has loved and supported our family over the years – you’re part of a beautiful web the Lord has been building up around us!

God’s provision is always perfect and His most often employed method of meeting our needs is each other. The church is always being built up as a support system, even when we can’t see it. So if you’re in a fog and feeling alone, look up – you probably have more friends than you realize!