The photos I used for this post were taken from the top of Clingman’s Dome in Great Smoky Mountains National Park and I was thinking about them as I walked by that exact spot just the other day!

As a wannabe photographer, I like to think I know something about taking good pictures. Really, I know very little, but my ‘fancy’ camera and I have a lot of fun.

My favorite thing to take photos of (besides my children’s smiling faces) is flowers. Whenever we go for a walk or hike, you can guarantee I’ll be holding my family up because I’m kneeling in the bushes taking approximately 74 pictures of each different kind of flower we pass.

The coolest thing about having a DSLR camera is the ability to create a “depth effect” by focusing the lens on a particular flower. This causes the flower to “pop” out at the viewer and everything that’s not the flower to blur into the distance. As the photographer, I have the ability to set the focal point – I press the “take a picture” button down halfway and wherever the center point of the rectangle in my viewfinder is, the lens makes that object the “focus” or the sharpest and clearest part of the photograph. 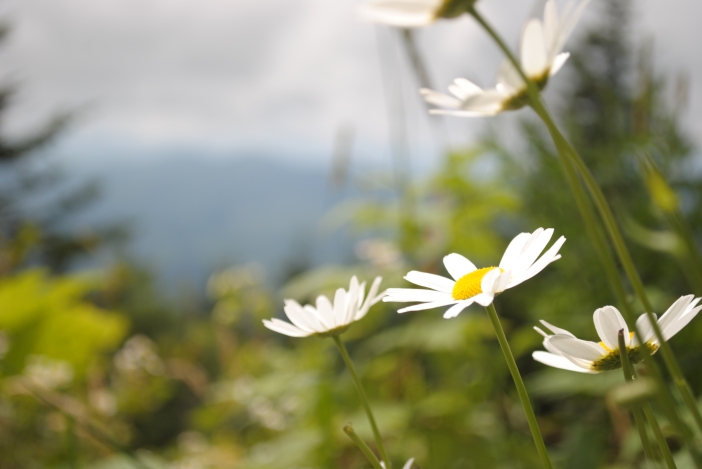 In Romans 8, after getting real in the previous chapter about the struggle of living with a sinful nature inside of him – having “the desire to do what is right, but not the ability to carry it out,” (7:18) Paul presents his case for an alternative way of living. Rather than making “the flesh” the focal point, he exhorts his readers to instead set their minds on “the Spirit”:

Whether he knew it or not, Paul was hitting on a basic principle of human psychology: Whatever we set our minds on, we give power to. Setting our focus on something makes that thing the sharpest and clearest, allowing it to capture our attention and leaving everything else to blur into the background.

When we set our mind on “the flesh” – even if it’s because we’re trying to stop sinning – we only increase sin’s power. Focusing on our own failed or successful attempts to follow the law leads only to pride on one end or increased feelings of guilt and shame on the other. Focusing on the letter of the law makes obedience to it a “have to,” which our flesh is instinctively hostile toward (if you’ve spent any time with a two-year-old, you know how true this is!). The more we give attention to our natural desires, even if it’s in an attempt to deny those desires, the more we end up enslaved by them.

But by setting our minds on the Spirit, we allow His power to be the focus and the force of real change in our lives.

The power of sin is in the shame and defeat of failure, but the Spirit reminds us that “there is therefore now no condemnation for those who are in Christ Jesus.” (v. 1) The Spirit “brings to remembrance” (John 14:26) the “merciful and gracious, slow to anger and abounding in steadfast love” character of our God (Psalm 103:8).

The power of sin is in the past and in the tunnel vision of self-pity, but the Spirit puts in view what’s next. When we set our minds on the Spirit, He shows us we have a purpose greater than ourselves. And when our bodies and minds are busy being used as His “witnesses” (Acts 1:8), we don’t need to be consumed with trying to gratify, control, or punish them.

The power of sin is in discouragement at the lack of change in our lives and in the world around us. But the Spirit opens our eyes to all the ways He is working, giving us power to “abound in hope” (Romans 15:13) regardless of what our flesh feels and sees.

As a parent with kids in elementary school, I’ve been introduced over the past few years to an education strategy called “Growth Mindset”.* When a child experiences failure after doing poorly on an assignment, not being able to grasp a concept or perform a skill, their minds tend to default to a “Fixed Mindset,” which says, “I can’t, so I should give up”. But a “Growth Mindset” approach teaches them to say: “I can’t right now, but I will learn”. A “Fixed Mindset” sets the mind on one’s current abilities and inherent strengths or weaknesses, but a “Growth Mindset” sets the mind on the possibility of change.

A “Flesh Mindset” puts the focus on our current ability to change ourselves based on our own inherent strengths or weaknesses – and as a result, says, “I can’t change myself, so I might as well give up”. But a “Spirit Mindset” puts the focus on God’s ability to transform us based on His strength. A “Spirit Mindset” says, “I can’t change myself, but God can, is, and will continue to work change in me.”

My default mode is set to “autofocus” and the center point of my viewfinder tends to stay on “flesh” because it’s in my face all day. I regularly set unrealistic “I can do this!” change goals for myself, honestly believing I’m going to be able to sustain the effort. I hear the Holy Spirit’s whispers of “I have a better way,” but I ignore them – and my life ends up looking like this: 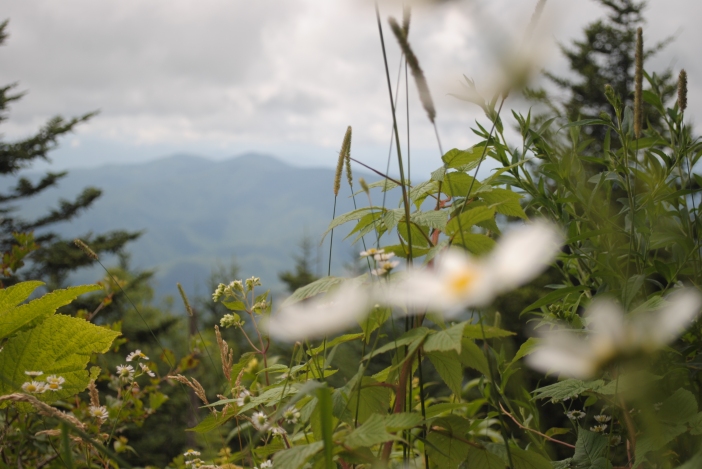 In verse 13 of Romans 8, Paul says, “For if you live according to the flesh you will die, but if by the Spirit you put to death the deeds of the body, you will live.” Setting our minds on the Spirit doesn’t mean denying our sin or expending no effort, it means we diminish the power of sin – we let it blur into the background – by directing our effort in the right direction. Manually adjusting our focus by spending time in God’s Word, making space in our lives to pray, and putting aside distractions to listen for and then follow His leading is the surest way to “life and peace” (v. 6).