When “winter weather” threatens Pennsylvania, people get real excited. Weather reports and warnings flood our screens, grocery stores are mobbed with shoppers preparing for the worst, and everything shuts down.

Last week, we woke up to a fresh coating of white and like true (former) *Vermonters* we looked out and said, “No big deal!” While others may have been out shoveling and clearing, we did nothing. When we walked through the ½ inch of powder to the cars on our very sloped driveway, we thought, “What’s a little snow? It’s just going to melt soon anyway!”

Until that evening when that fresh coating, which had partially melted during the day, froze to form a sheet of ice!

You would love to have had a hidden camera on our driveway over the next couple of days. Getting us and our kids and our stuff in and out of our cars while using all of our grip strength to avoid landing on our backs was a sight to be seen. The funny thing is, it wouldn’t have taken that long to walk the 20 feet into the carport, grab a cup of ice-melting rock salt from the bag and fix the problem! 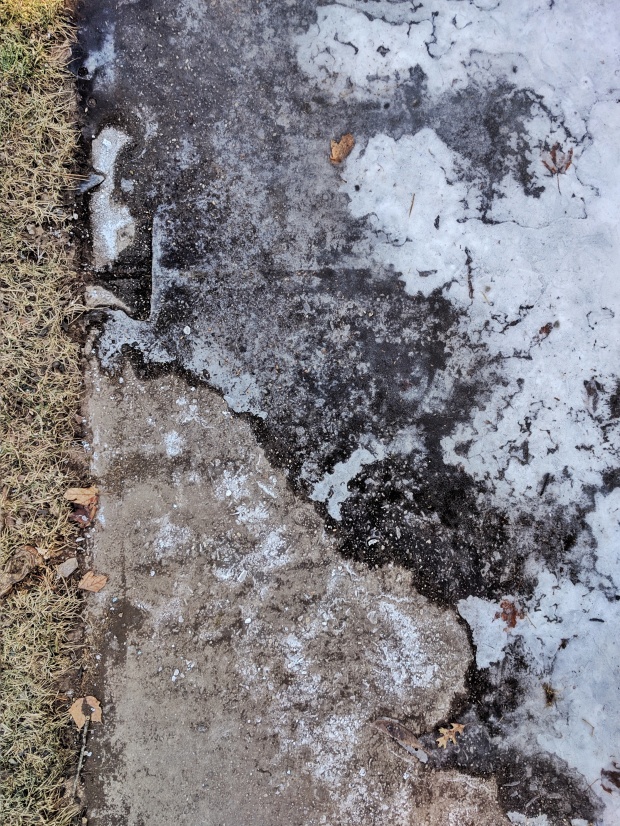 As humans, we are prone to taking this (former) *Vermonter* approach to our hearts. We know something might not be quite right, but it doesn’t seem like a big deal, and surely it will go away soon! The development of dangerous hardness in our hearts (see last week’s post) isn’t something we ever see coming.

Thankfully, God hasn’t left us alone to figure it out – He’s given us churches full of friends to become our hard-heart-melting rock salt.

The idea of using salt to melt ice is has always confused me. When the salt is spread, it comes in contact with the wet outer layer of the ice and dissolves. In that process, it (somehow) lowers the freezing temperature of the molecules it comes in contact with, and with the freezing temperature lowered, the ice is ‘tricked’ into melting at that lower temperature. Not a scientific explanation, I know, but that’s how I see it 😉

A salty friend “sticks” (Proverbs 18:24) close, but not just for their own benefit. They are studiers of “you” and it’s through them and their outside perspective that God’s loving “truth” (Ephesians 4:15) is sprinkled on your heart. The truth may feel like a “wound” (Proverbs 27:6) because at first it feels cold, but that’s where the melting process begins.

A salty friend is someone who gets you but doesn’t always agree with you.

A salty friend cares about you, but also cares enough to gently nudge you off your high-horse when the frost of pride is settling in.

A salty friend dreams with you about what could be, but is also willing to burst your bubble when you might be taking on too much.

A salty friend listens to you vent, but ends the conversation by reminding you how much you have to be thankful for.

A salty friend listens, but doesn’t hesitate to interrupt and point out that your view of a situation has excluded trust in the God who is above it all. 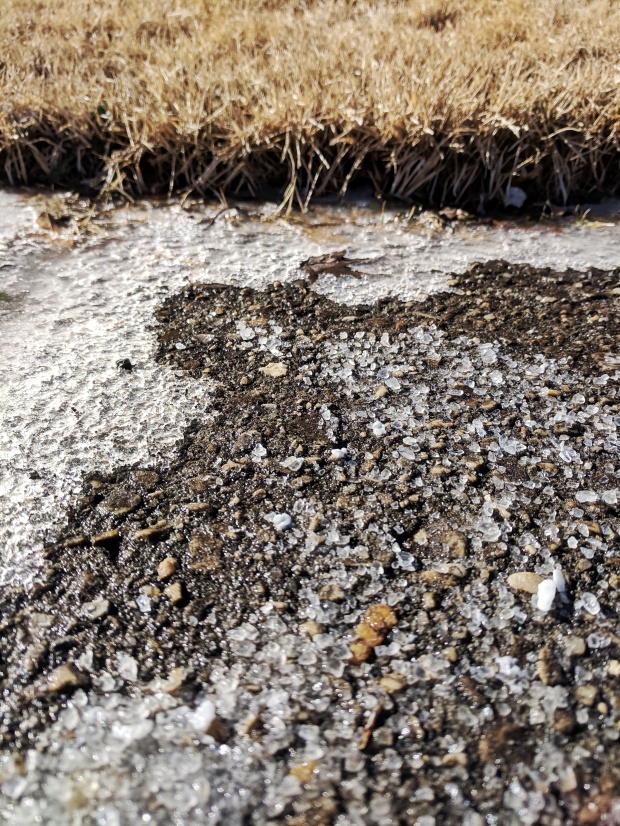 If you want to know if a storm is coming to our area, you don’t need to check the weather forecast, you just need to take a drive and see if they’ve “sprayed” the roads with salt brine yet. Science and the transportation authorities have figured out that prevention of the freeze is the best way to remedy it!

When it comes to hard hearts, prevention of the freeze by talking regularly with a salty friend is the best remedy.

Building intentional friendships with other believers is all kinds of hard. It can be awkward and bring out the *middle-schooler* in us. It can take longer for these friendships to develop than we think it should and the process requires extra flexibility as our seasons constantly shift. You may wonder if you really even need this in your life!

But you do. The stuff in your heart may seem like a little bit of powder, but the hidden camera on your driveway is revealing a different story!

If you have a salty friend, thank them today.

If not, what’s one step you can take toward making that happen?