Since we began our elementary school journey seven years ago, we’ve endeavored to be a “walking” family. The exercise and fresh air are good for our souls and from door-to-door the trip is only about ⅓ mile.

Or it was until construction began.

When our school began construction two years ago, the sidewalk going in our direction was closed, which extended our walking distance. We now had to walk an extra block-ish, cross the road, and then walk back toward the school entrance. We couldn’t wait for construction to end and our shorter route to be restored.

And as of this November, it was!

But then this happened:

You see that crosswalk? The shortest route to the first-grade entrance is obviously to cross there and continue to the right. But we have it on good word that, rather than cross where buses are coming in and out of the loop (red), school authorities would prefer that students cross where there is little to no traffic (green). Our “shorter” route has not been restored!

Yes, we could take the shortcut and cross the bus loop (we’re basically holding her hand, after all). But we don’t. And though every step of that extra loop at first seemed a mile long, it’s now become part of our routine (and we don’t even get many complaints anymore 😉).

In 12+ years of parenting and 20+ years of youth ministry, I’ve learned a lot. I’ve learned do’s and don’ts, tips and tricks, but mostly I’ve learned that I could do everything right and still not ‘succeed’. Because there are some giant factors outside of my control. No matter how hard I try, I will never be able to cleanse my children from their particular sin patterns or prevent the struggles that are inherent in their personality and temperament.

But through all I’ve observed and experienced, I have narrowed down the one thing I can do that will affect my children more than anything else: REST.

Whether we like it or not, our stress levels affect our kids. We know this, but we also know stress is a part of life that will never be eliminated. Tight schedules, long to-do lists, relationship tensions, health woes, and difficult decisions are our every day. Who has time to rest? (Especially when you have kids!)

The cool thing about “rest,” from a biblical perspective, is that it doesn’t necessarily mean stopping. Rest, in most instances in the Bible, exists simultaneously with movement:

This is what the Lord says:
“Stand at the crossroads and look;
ask for the ancient paths,
ask where the good way is, and walk in it,
and you will find rest for your souls.”
(Jeremiah 6:16)

“Rest for your soul” is a natural product of walking in obedience. Though we tend to think of obedience as a burden – something to add to our already long list of stressors – it’s the opposite. Rest is found when we seek God’s ways and then actively walk in them.

Jesus was our ultimate example of the “rest for your soul” kind of life – and not just when He was sleeping on the boat! 😉 Jesus entered into all kinds of stress-filled situations, but in the midst of those situations, He exuded peace because He lived in complete trust that the path His Father had for Him in that moment was nothing but “good”.

Whether your stress is in the daily grind or you’re under an unusually heavy weight, “rest for your soul” happens when you “ask where the good way is” and then “walk in it,” reminding yourself that each step leads to your good and God’s glory.

Our steps of obedience can at times feel painstakingly unnecessary, but with each step our trust increases. Over time, trust becomes a way of life and that way of life looks a lot like “rest”.

Being a rule-following parent may drive your kids crazy now, but someday they’ll thank you! 😎 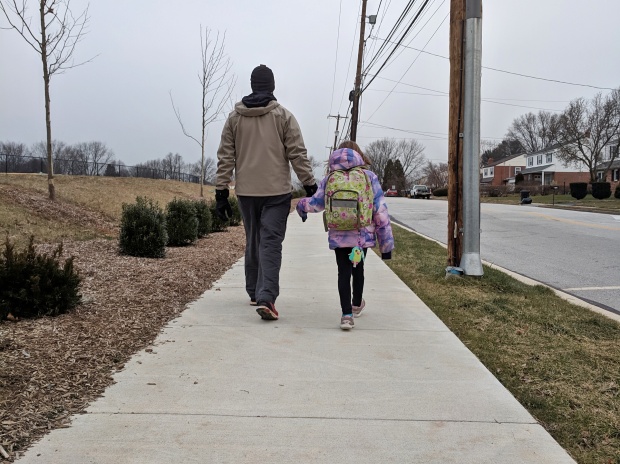