I’m the driver in this family. No, really – I do all the driving when we’re together. PA to NY to VT to PA to NC to PA – this can’t-even-ride-in-the-passenger-seat-because-I’ll-get-sick Mama racked up over 2,000 miles behind the wheel this summer!

With all this highway travel, cruise control has become my very good friend. Though I’m fairly cautious and concerned about my speed, my attention span is not the greatest and it’s not uncommon for me to be going 55 in a 70 (or vice versa 😮). But with the push of a button, I can make my car do the thinking and I can get our family where we need to go without annoying the drivers behind me.

Cruise control works great on the Pennsylvania Turnpike, the New York State Thruway, or the seemingly endless 400 miles of Interstate 81 through Virginia, but Route 26 from the Tennessee border to Asheville, North Carolina? Not so much!

No matter how much I love cruise control, I-26 is not the road to use it on. Climbing to almost 4,000 feet in elevation through Sam’s Gap in the Appalachian Mountains, this highway’s twists and turns and ups and downs make it impossible to stay at a single speed. I always think I can pick the perfect speed to make it work, but as we careen around a sharp corner and I have to slam on the brakes to keep control, I quickly come to my senses!

I have made a covenant with my chosen one,
I have sworn to David my servant,
“I will establish your line forever
and make your throne firm through all generations.”  (Psalm 89:3-4)

Since David’s journey to the throne was no drive in the park, when he finally got there it was time for the promise to be fulfilled. Having been attacked, pursued, and deceived by the former king, it was time for a smoother ride – time for cruise control. Psalm 89 recounts the expectations David (and his people) had for how this was going to go:

Once you spoke in a vision,
to your faithful people you said:
“I have bestowed strength on a warrior;
I have raised up a young man from among the people.
I have found David my servant;
with my sacred oil I have anointed him.
My hand will sustain him;
surely my arm will strengthen him.
The enemy will not get the better of him;
the wicked will not oppress him.
I will crush his foes before him
and strike down his adversaries.
My faithful love will be with him,
and through my name his horn will be exalted.
I will set his hand over the sea,
his right hand over the rivers.
He will call out to me, ‘You are my Father,
my God, the Rock my Savior.’
And I will appoint him to be my firstborn,
the most exalted of the kings of the earth. (v. 19-27)

But, lo and behold, twists and turns and ups and downs happened and therefore cruise control did not:

But you have rejected, you have spurned,
you have been very angry with your anointed one.
You have renounced the covenant with your servant
and have defiled his crown in the dust.
You have broken through all his walls
and reduced his strongholds to ruins.
All who pass by have plundered him;
he has become the scorn of his neighbors.
You have exalted the right hand of his foes;
you have made all his enemies rejoice.
Indeed, you have turned back the edge of his sword
and have not supported him in battle.
You have put an end to his splendor
and cast his throne to the ground.
You have cut short the days of his youth;
you have covered him with a mantle of shame. (v. 38-45)

This was not how this was supposed to go! Rather than feeling sustained, strengthened, protected, and exalted by God, David felt rejected, broken, scorned, and shamed by Him. And it wasn’t just David who felt this way – this psalm was written by Ethan the Ezrahite, expressing the feelings of the people, who also expected that once David was King, a smooth course was in front of them.

Riding through life with Jesus is anything but cruise control. It’s not any form of control! It is constant twists and turns and ups and downs – all for the sake of His glory and my eternal good. Though there’s a perpetual mirage of “the steady straightaway that will happen when I figure all this out,” it’s never quite attainable and just as soon as I think I’ve reached it, I’m suddenly careening out of control around a corner.

Life with Jesus requires diligent focus and a readiness to adjust at any moment. We aren’t good at predicting what’s for His glory and our eternal good, so we don’t know what shape the next few miles (or even feet!) are going to take. It’s probably not going to be what we expect, but an attentive, stirred up spirit will give us the ears to listen to God’s voice, eyes to see what He is doing, and the ability to navigate the twists and turns.

The last verse of Ethan the Ezrahite’s psalm ends his lament with a quick change of tone:

These words of praise reflect back on the psalm’s introductory verses:

I will sing of the Lord’s great love forever;
with my mouth I will make your faithfulness known
through all generations.
I will declare that your love stands firm forever,
that you have established your faithfulness in heaven itself. (v. 1-2)

The end destination – God’s glory and our eternal good – will happen, no matter how windy the road gets. We don’t have as much control as we would like, but in His faithfulness, He’s got every corner mapped out. We may feel a little woozy, but He always stands firm. Plus, the view is totally worth it! 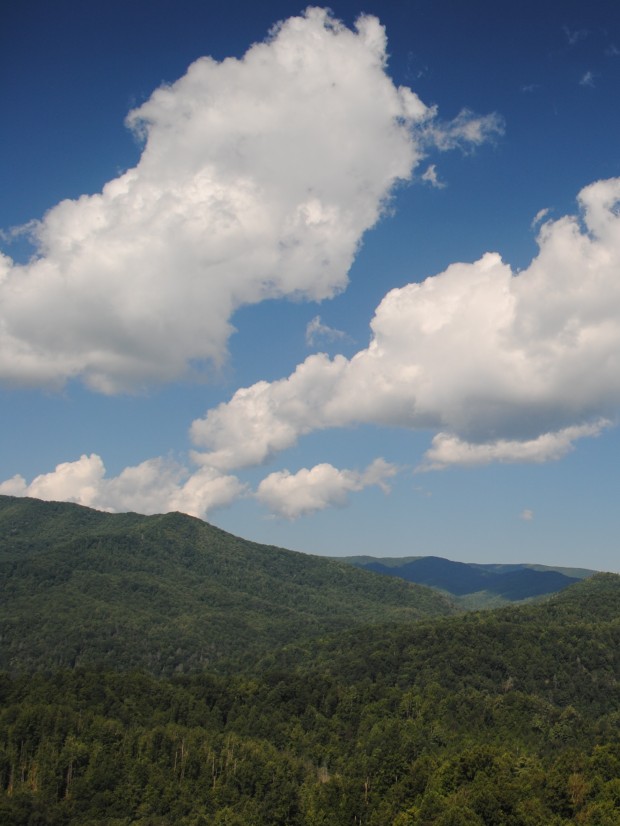 Speaking of cruise control, I’ve had mine set to “post every week during the school year” for four (FOUR!?!) years now, but this summer the Holy Spirit threw a curve in the plan by saying it’s time to slow down in order to give more time to publishing my youth curriculum. I like this place because I can write whatever I want – I have no one to impress and very rarely do I get any criticism, but submitting my curriculum to people who will criticize and potentially tell me it’s not good enough is super scary! I’ll still be posting on the first Wednesday of the month for this school year – and we’ll see where the road goes after that 😉

“Our gifts and talents should… be turned over to Him. They should be recognized for what they are, God’s loan to us, and should never be considered in any sense our own.” A.W. Tozer

If you’re interested, you can check out this 22-day Bible study I wrote as a follow-up for our SERVE students this year. I’d love to hear your feedback if you do!